Gemstones are mother earth’s most precious gifts, and their splendid appeal makes us all want to behold them. But have you ever wondered how many gemstones are there by color and mineral type? Well, let’s just say there’s an ocean of breathtakingly beautiful gemstones yet to be explored by the human race. Having said that, in this article, I’ll try to enlighten you about some of the gemstones by color and mineral. So, without wasting your precious time – because just like gemstones, time is also precious – let’s get the ball rolling.

But before we begin, let me give you a brief account of gemstones by color and mineral through tables. So, here you go.

What? Lots of questions floating in your mind? If you’re a gem aficionado or even someone with the slightest knowledge about gemstones, you’d surely question the content of the preceding table. That’s because sapphire comes in every other color except red, diamonds aren’t only colorless, and spinel isn’t just red. Having said that, you’ve belittled the fact that the most sought-after color for sapphire is blue. Similarly, spinel is famously known as a red gemstone, and colorless diamonds are far more cherished than fancy color diamonds. The preceding table shows 15 gemstones that have quite made a name for themselves and their most prominent color varieties.

Because as I said, there’s an ocean of breathtakingly beautiful gemstones yet to be explored by the human race. In this article, I’ve taken only those gemstones that have caught the eye of the masses. Fair enough? Well, thanks!

Now that you’ve got a brief account of various gemstones by color and mineral types, it’s time to learn about these gemstones in detail. Which gemstone should we begin with? Let’s actually start with the ‘king of gemstones’.

Yes, ruby is known as the ‘king of gemstones’. A member of the corundum mineral family, this gemstone comes in a pure red to slightly purplish red color. Because red is an intense color that can best express our deepest emotions, the red color of ruby is the very reason why this gemstone is one of the most coveted ones since ancient times. The red color of this gemstone is due to the presence of the element chromium in trace proportion.

Speaking of ruby, the next gemstone on our list has a lot to do with ruby. Hold that thought as we move on to our next gemstone.

A variety of the mineral spinel group, spinel has recently emerged as one of the most popular color gemstones due to its attractive array of colors and dependable hardness. Although spinel comes in various shades of red, blue, green, brown, lilac, rose, black, gray, purple, orange and orange-red, red is the most commercially important color of spinel.

But spinel is known not only for its beautiful red color and an exciting hardness score of 8 on the 10-point Mohs scale but also for the history that crosses paths with that of ruby. Many of history’s world-famous rubies have turned out to be spinel. For instance, the so-called ‘Black Prince’s Ruby’ is actually a spinel. Even the famous ‘Timur Ruby’ is a spinel.

After two of the most intense color gemstones, it’s time for a gemstone that has satiated souls with its restful color since ancient times. Yes, I’m talking about emerald. Emerald is a variety of gemstones by mineral known as beryl. This gemstone is widely known as one of the most soothing gemstones due to its satisfying green color. Emerald’s color ranges from deep to medium-green and bluish-green.

What’s unique about this variety of the gemstones by mineral olivine is that it’s one of the only gemstones found deep in the earth’s mantle rather than the crust. Peridot comes in a great variety of colors that includes green, pale lemon yellow, amber brown, brown, yellowish and olive green. The vibrant green color of peridots is an upshot of the presence of the trace element iron.

Also known as the ‘gem of the sun’, this fascinating gemstone scores 7 on the Mohs scale of hardness. The hardness score of peridot might not be as good as that of other precious gemstones like emerald or ruby, but this gemstone is durable enough to be worn in a jewelry piece meant for daily wear.

One of the most popular garnet varieties is tsavorite. Although tsavorite is a relatively recent discovery, first discovered in 1967, the gemstone has quickly become one of the favorites of them all. Yellow-green, green and deep green are the three color varieties of this gemstone. Just like emerald, the deep-green color of tsavorite is the result of the presence of the elements vanadium and chromium.

Due to tsavorite’s striking color and an impressive score of 7.5 on the Mohs scale of hardness, this gemstone has rapidly gained the attention of everyone from general customers to gem enthusiasts and creative jewelry designers.

Ready for the next gemstone on our list? Well, you better put on your most lavish dress before welcoming a gemstone that’s a personal favorite of the aristocrats.

If history has taught us something about gemstones, it’s that the royals love sapphire. This gemstone has been a part of numerous royal jewelry throughout history. Many of the rings, pendants, earrings, tiaras and brooches in the royal jewelry are designed with sapphires. The gemstone enjoys an excellent score of 9 on the Mohs scale of hardness, meaning it’s the second-hardest gemstone after diamond.

Sapphire is primarily known for its arresting blue color. However, the gemstone comes in a great variety of other colors such as white, gray, orange, brown, amber, pink, you name it. Except for the color red, sapphires can be found in a wide range of colors. Sapphires that aren’t blue are known as fancy sapphires. From a tempting array of colors to dependable hardness, this variety of the corundum mineral family has got it all.

This blue-green to blue variation of tourmaline is also known for its incredible hardness. Paraiba tourmaline scores 7.5 on the Mohs scale of hardness, making it one of the hardest gemstones that can withstand the wear and tear of daily wear.

A variety of the mineral beryl, aquamarine comes in bluish-green, blue-green, greenish-blue and blue colors. Just like emerald has a soothing color reminiscent of the lush green landscapes, aquamarine also has a soothing color resembling that of the Caribbean sea. The fresh watery hues of this gemstone are so deep that even a glance at this gemstone can last for hours.

Aquamarine derives its oceanic color from the presence of the element iron. Aside from aquamarine’s refreshing color, what makes it a popular choice among its admirers is the gemstone’s remarkable score of 8 on the Mohs scale. Aquamarine is quickly becoming one of the greatly desired gemstones for engagement rings.

Also known as the ‘cinnamon stone’, hessonite garnet is the most celebrated variety of garnet. Due to its unique and rich orange, yellow-orange to reddish-orange, and sometimes pinkish coloration, hessonite garnet stands out among other gemstones. Hessonite garnet gets its deep orange/amber color from the presence of the trace element iron. Despite being a rare bird that hessonite garnet is, the price of this gemstone has remained relatively low compared to other rare gemstones.

The low price of this gemstone can be attributed to a lack of name recognition among general customers. However, hessonite garnet is gradually receiving the widespread adulation it was deprived of all these years.

Moving on to our next best gemstone, a personal favorite of women of all ages due to its color is the pink tourmaline.

Another tourmaline! Well, tourmaline is best known for its availability in a wide array of colors. First found in the 1800s, pink tourmaline has been in the market for much longer than its sister stone – paraiba tourmaline.

The pink-to-pinkish red color of this thing of beauty is a result of the presence of the element manganese. In addition to its rich color, utter rarity and durability are what make pink tourmaline a hit among the hearts of women. Pink tourmaline scores 7.5 on the Mohs scale of hardness, meaning that the gemstone is a perfect fit to be embellished in an everyday jewelry piece.

Morganite is a variety of the mineral beryl. It’s one of the most underrated gemstones. Morganite is closest to the hearts of modern brides looking for a cool centerstone for their engagement ring. The credit for the growing popularity of this gemstone goes to its bright peach color and extreme hardness.

The gemstone gets its color due to the presence of the element manganese in the mineral beryl. Due to the resemblance in color, morganite is also considered an affordable alternative to pink diamonds. As regards hardness and durability, morganite scores 8 on the Mohs scale of hardness.

Even though pearl is technically not a gemstone, it still finds a place in the list worldwide. This traditional June birthstone is perhaps the best-loved gem of all time. Occurring in a wide variety of colors – white, black, green, blue, and pink, to name a few – pearls have been coveted by many as symbols of status for thousands of years. Despite being somewhat brittle, pearls have been exciting curiosities of women since ancient times.

As per the Gemological Institute of America, the oldest written mention of this gemstone was recorded by a Chinese historian in 2206 BC. Time has only strengthened the popularity of this lustrous gemstone. The low hardness score of just 2.5 has not dissuaded people from wearing pearl in a variety of ornaments especially necklace.

Rare in nature, citrine is a member of the quartz mineral family. Citrine comes in yellow to red-orange color and scores 7 on the Mohs scale of hardness. This combination of pleasing color and dependable hardness makes this gemstone one of the top-selling gems on the market. Before the era of modern gemology began, citrine was confused with topaz due to its tawny color.

One of the most intriguing gemstones is amethyst. What makes amethyst a most-prized variety of quartz is its wine-like color and impressive hardness. Amethyst comes in pale lilac to deep reddish purple color and scores 7 on the Mohs scale of hardness.

This most precious creation of nature is perhaps the most romanticized gemstone of all time. Diamond has always been the first choice of women looking for a gemstone that never misses catching the light. Although diamonds can be found in a wide array of colors, including gray, pink, orange, green, blue, etc., colorless diamonds are the most loved ones. Being the hardest natural substance on earth, diamond enjoys a great deal of widespread adulation. It won’t be wrong to call diamonds a complete package due to their beauty, hardness and rarity.

Determining the color of a gemstone can be arduous because of the multiple aspects that influence the color of a gemstone, for instance, pleochroism. There are certain gems that display two or three different colors depending on the lighting conditions and viewing angles. Such gemstones are known as pleochroic gemstones. One of the best gemstones that exhibits very strong pleochroism is tanzanite. The gemstone exhibits prominent blue hues when viewed in fluorescent light and purple hues in incandescent light.

Gemstones are beautiful and charming, but when it comes to their color, they can be confusing so it’s better to rely on an expert. 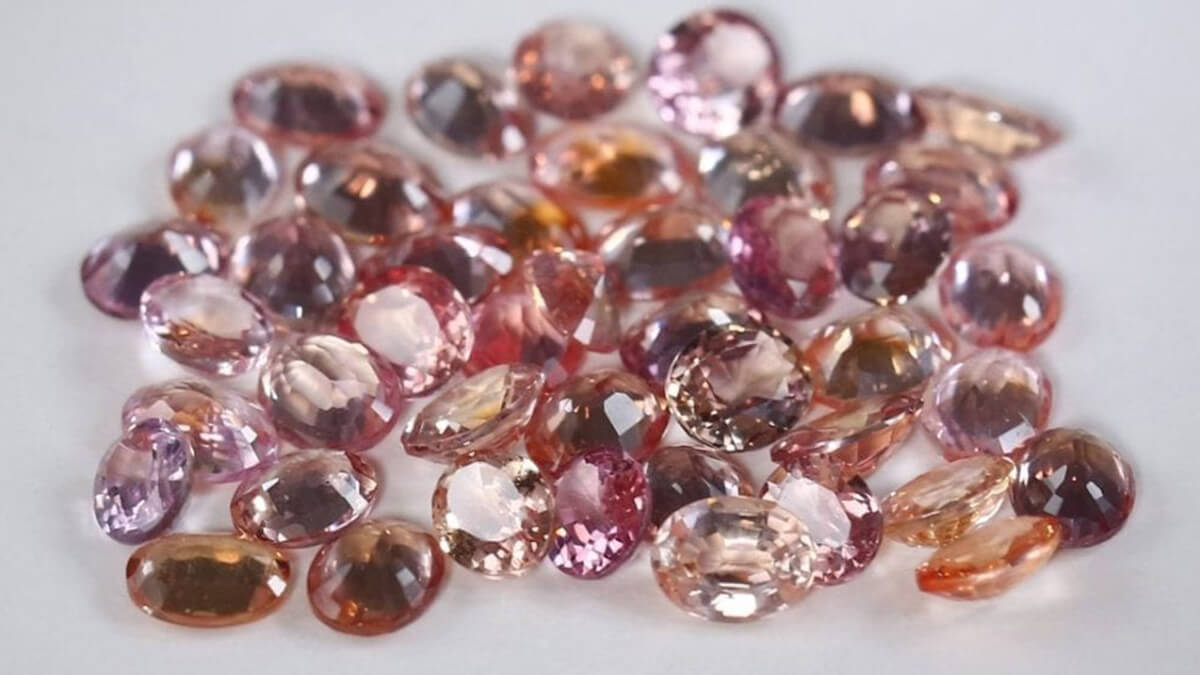 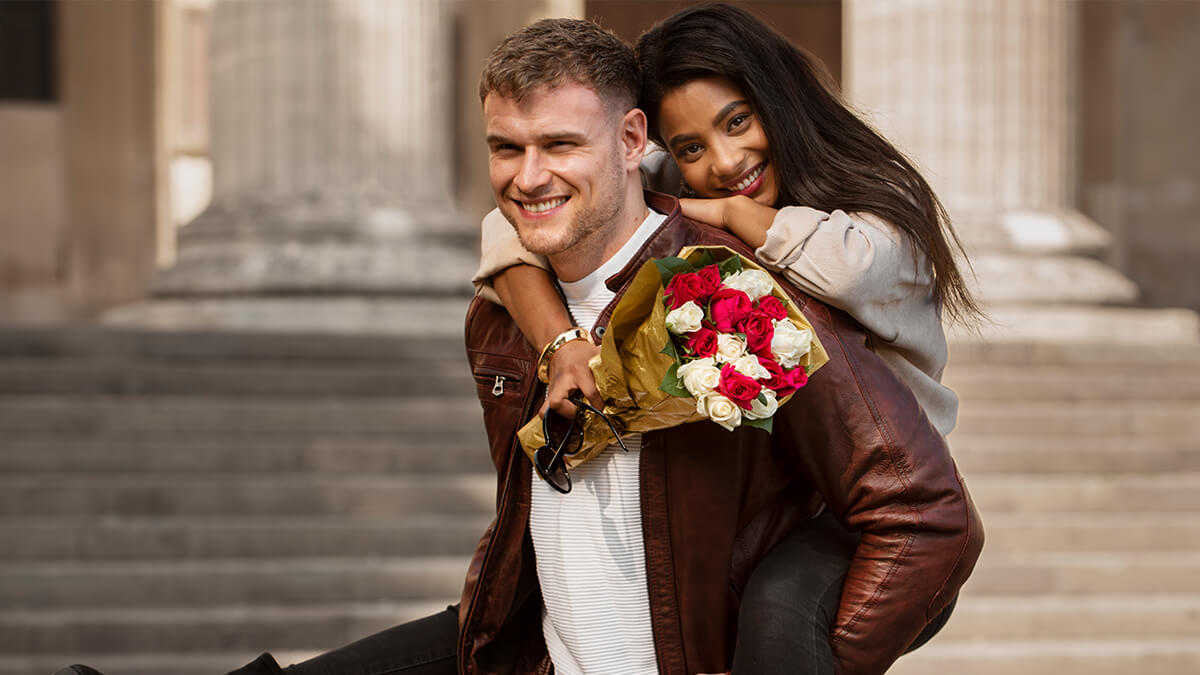 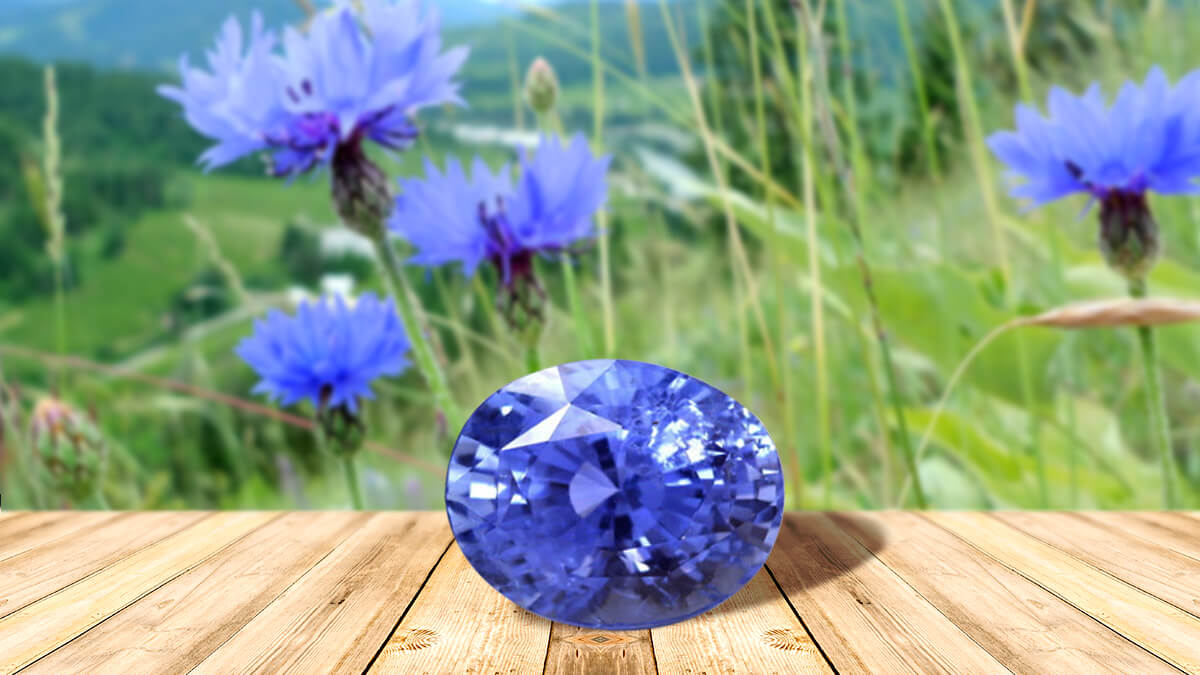 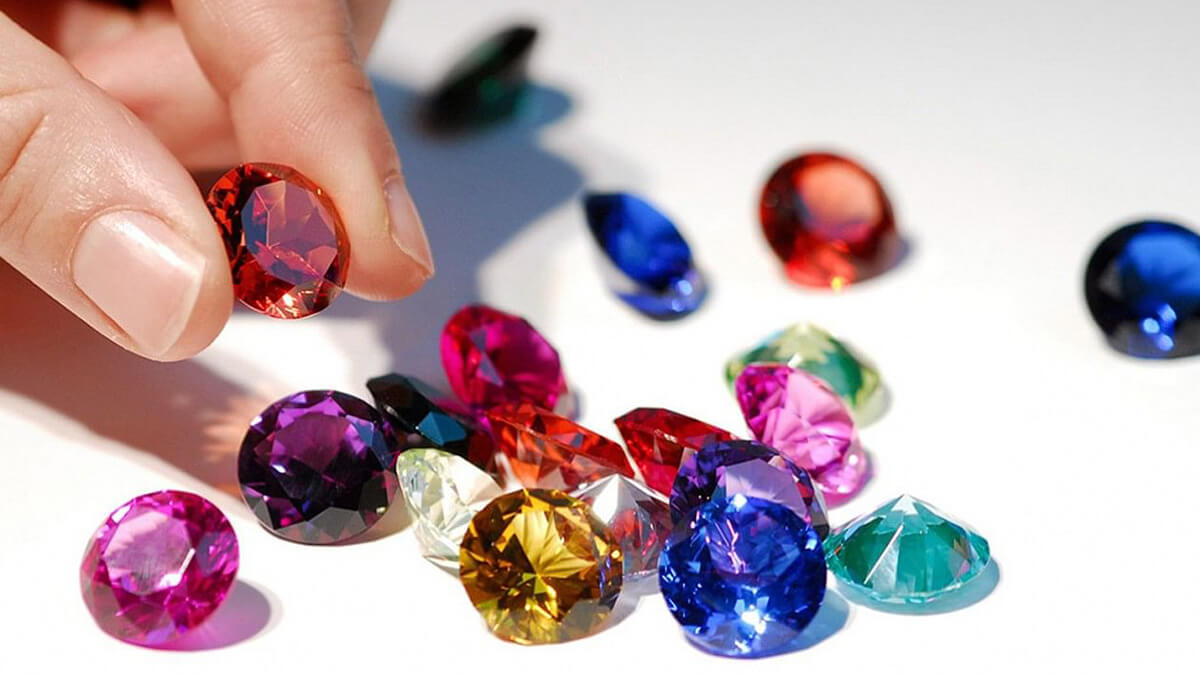 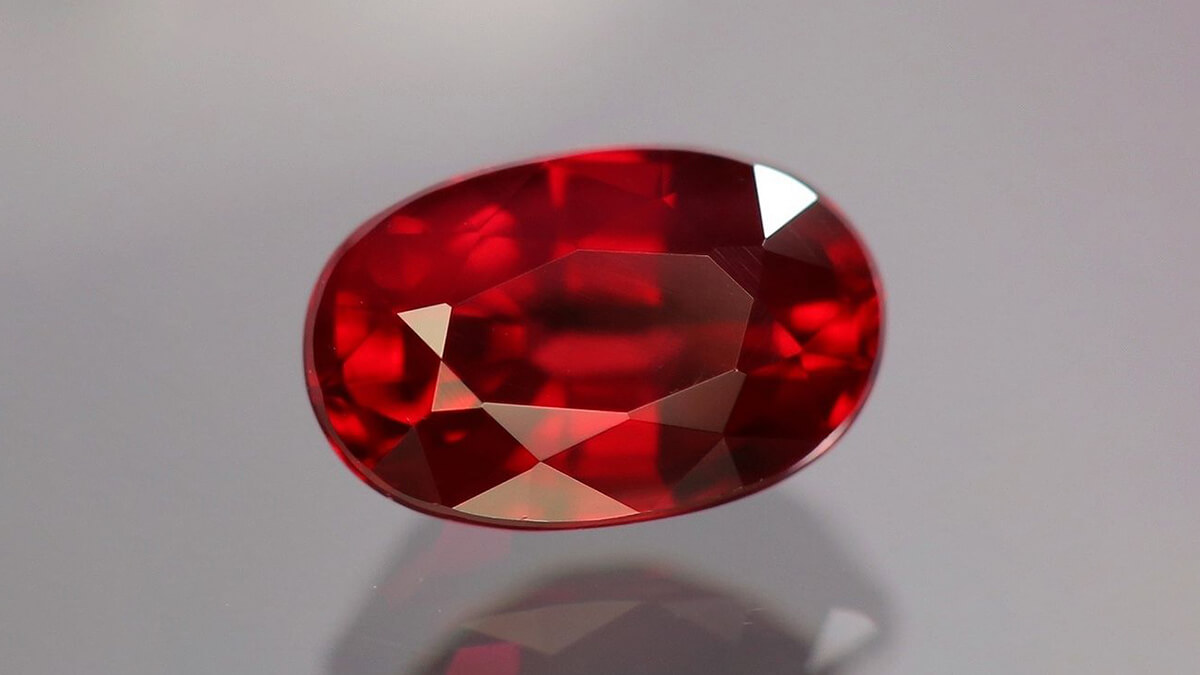 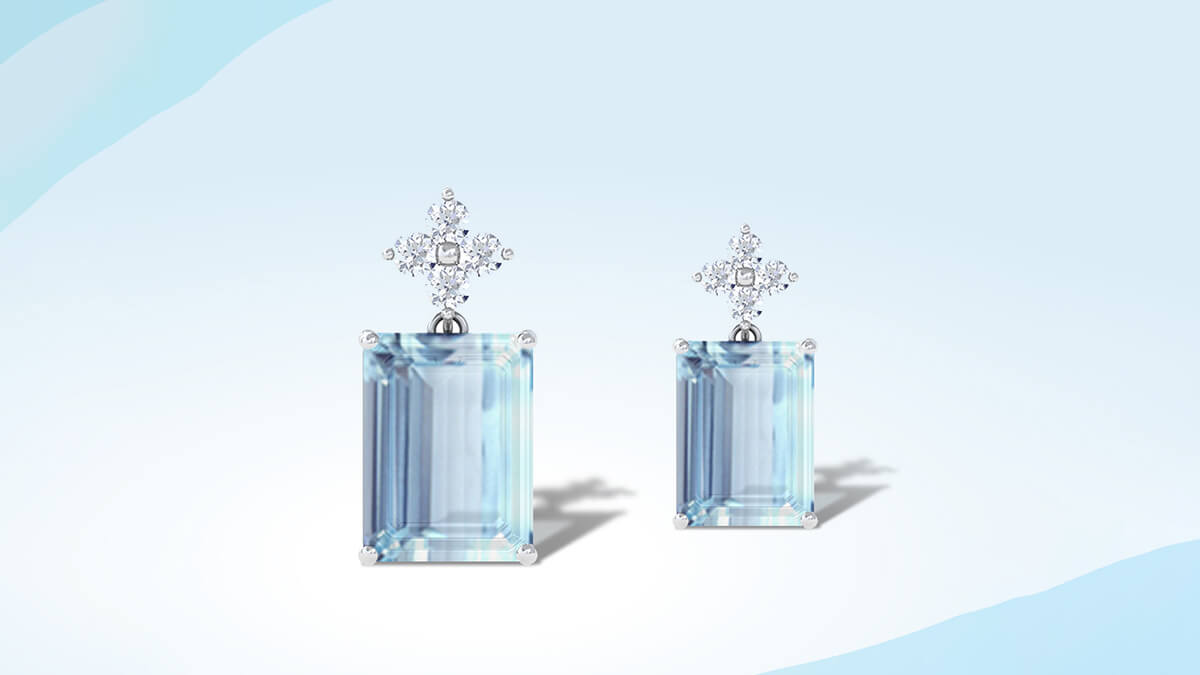 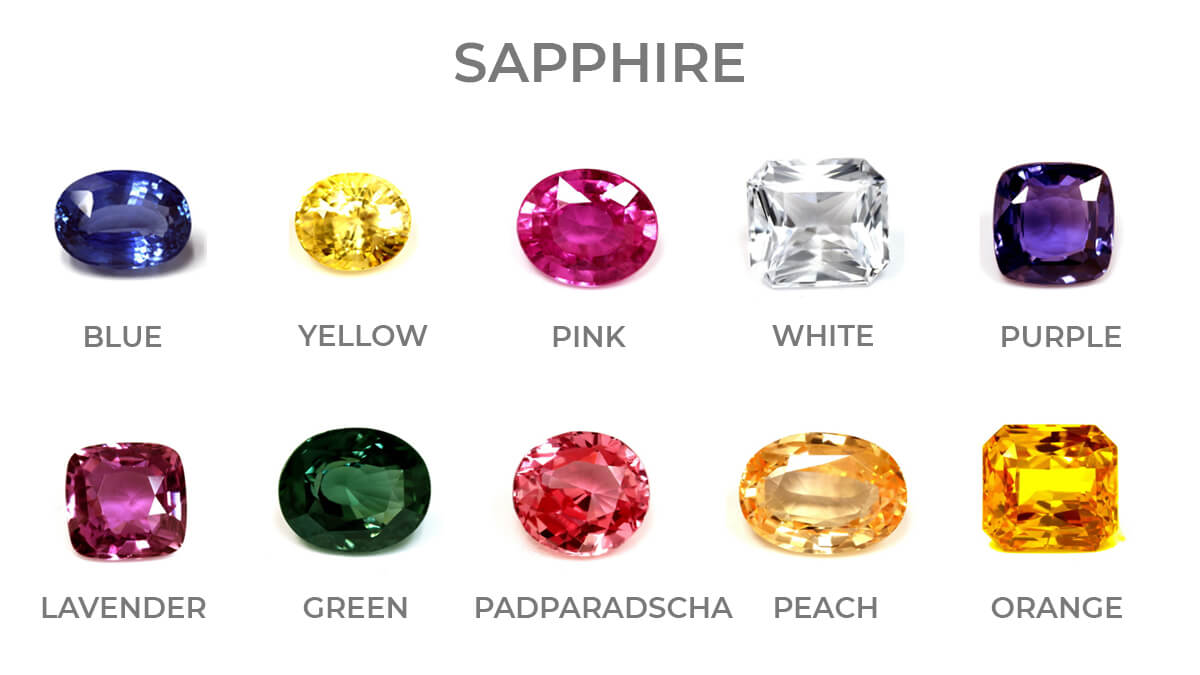 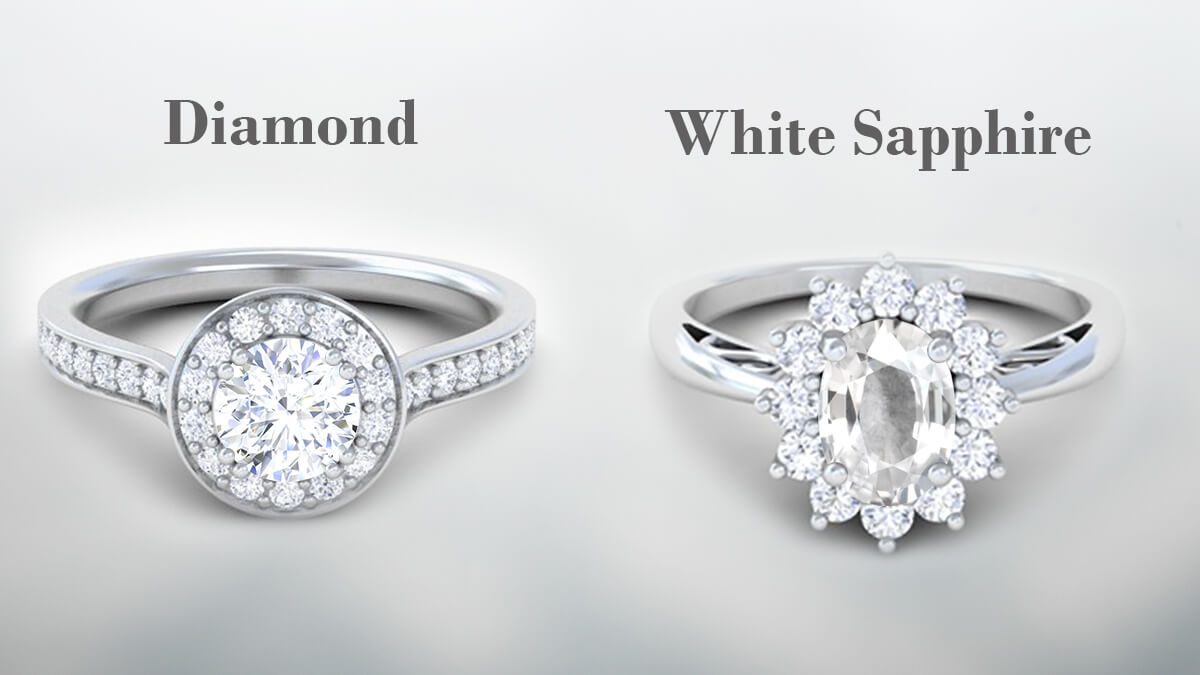 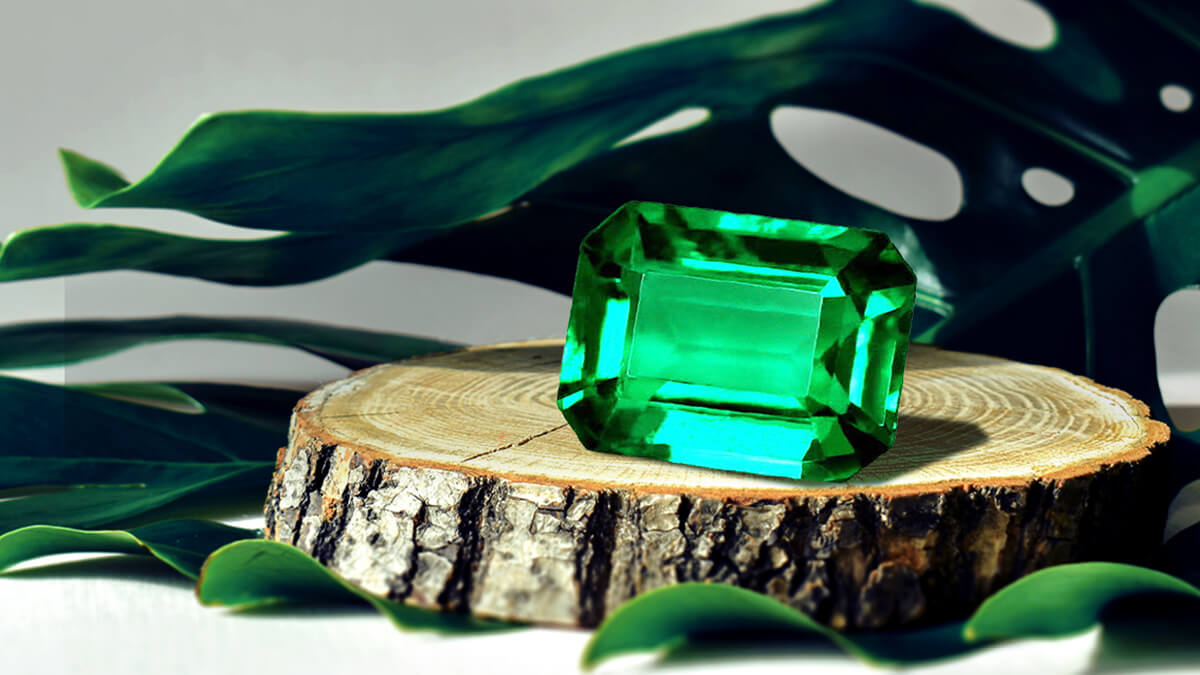